Written by M.
Confirmed by M.
Edited, not endorsed, by R

~*EVERYTHING ON THIS PAGE HAS BEEN CONFIRMED AS TRUE*~

Welcome to the most definitive source of esoteric Zelda knowledge on the Internet today.

All of these theories are true and not stupid no matter what Song or Alex says.

SPECIAL THANKS: The Majora’s Mask “5 Stages of Grief” Theory, which made me realize that everything in Zelda is a metaphor and no explanation is too much of a reach.

Din, the goddess of fire, follows Link on his journey and breaks the laws of physics, such as…

are you convinced yet? no? lol then see what she does in majora’s mask:

2-if you look in the “bomb shop” in Clock Town, if you look closely in the corner, you’ll see a goron hiding. talk to him. he’ll offer to sell you a powder keg for 50 rupees: that’s 50 rupees less than the MANUFACTURER (the large goron on the snowy mountain)– how would that be possible if he weren’t being compelled by Din, the goddess who woudl be in charge of explosions and such things? exactly. 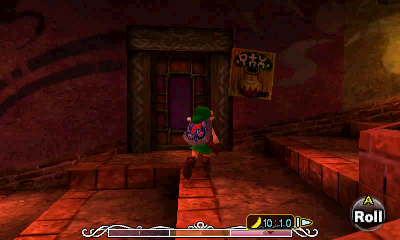 (inside this store in clock town, look in the corner: you’ll see the secret goron salesman!)

3 how else does Din bless you? well, if you go to the death mountains in OotT: try throwing the small rocks if you are missing any HP. notice anything? now try throwing them when your at full health. well? exactly lol xD (the rocks produce hearts when Din knows you need them: something not even the Great Fairies can do)

BIG FIND: the skull kids are not playing their flutes (games: ocarina of time)

the skull kids shoot darts at you when you are an adult, but the flutes that they (pretend to) play are transverse flutes: flutes that you play to the side. in other words they would not be able to function as blow-guns and flutes. we know that the darts they shoot are real because they damage Link. So therefore, logically speaking, the music that the skull kids play must therefore be faked.

“who’s playing the music then?”

exactly. no, it cannot be saria, for she is not always in the lost woods. so who is playing the music? well, who would be interested in helping the skull kids fake playing music?

i will update this when i discover the culprit (and hopefully, his or her motivations!)